With its lake, the jet d'eau, the Alps, banks and international organizations, the Swiss city of Geneva, reflects an image of prosperity and prestige throughout the world. Despite this quality of life, a growing segment of the population finds itself in a precarious situation that contrasts with the extreme richness of Geneva and the Swiss context. A certain number of people are forced to live on the street, if only for a short period of time. However, this reality tends to be neglected and the numbers of this population remain vague. Hence, the various associations for the homeless regularly worry about the lack of means and infrastructures.

The homeless constitute a very heterogeneous population with very varied issues. Within the framework of this research, the project seeks to provide an answer to the loss of housing temporary or lasting.
Furthermore to deprive access to basic means, in addition to the loss of housing expresses in our sedentary society, an extreme form of social exclusion. The proposed system seeks to respond to both physical and social needs, creating a fusion between shelter and public space.

The project offers a flexible solution to the existing infrastructures in Geneva, capable of absorbing variable frequencies according to the period of the year and the socio-economic context.
Inspired by mountain huts very common in the Swiss landscape, the project consists of a dormitory (of about ten beds) organized in terraces in order to offer a certain intimacy to each user while producing a piranesian collective space. Each unit is designed as a small room equipped with storage space, curtains and windows so that visitors can make this small space their own. The access ramp to each unit also defines a public path on the roof, where the particular layout of the beds creates common terraces. The sanitary facilities and a small common kitchen are located in the lower part of the shelter in order to meet the various primary needs.
A medical and social service is set up by the city, in order to guarantee a daily follow-up of the nomadic inhabitants as well as the management of the building.
The function determines the form and the form offers multiple uses by inviting the public to walk and lounge on the roof. This, in the hope of creating a certain social mix, but also to offer to the users, quality spaces that go beyond the basic shelter.

These urban devices will be located in emblematic places in the city of Geneva, in order to symbolically mark the community's involvement in the problem of homelessness. This satellite implantation not only responds to the nomadic way of life of this population, but also offers public belvederes oriented to the most striking panoramas of the city.
The project evokes and supports an alternative lifestyle accepted and included in the public infrastructure, a way to offer some dignity to this minority. 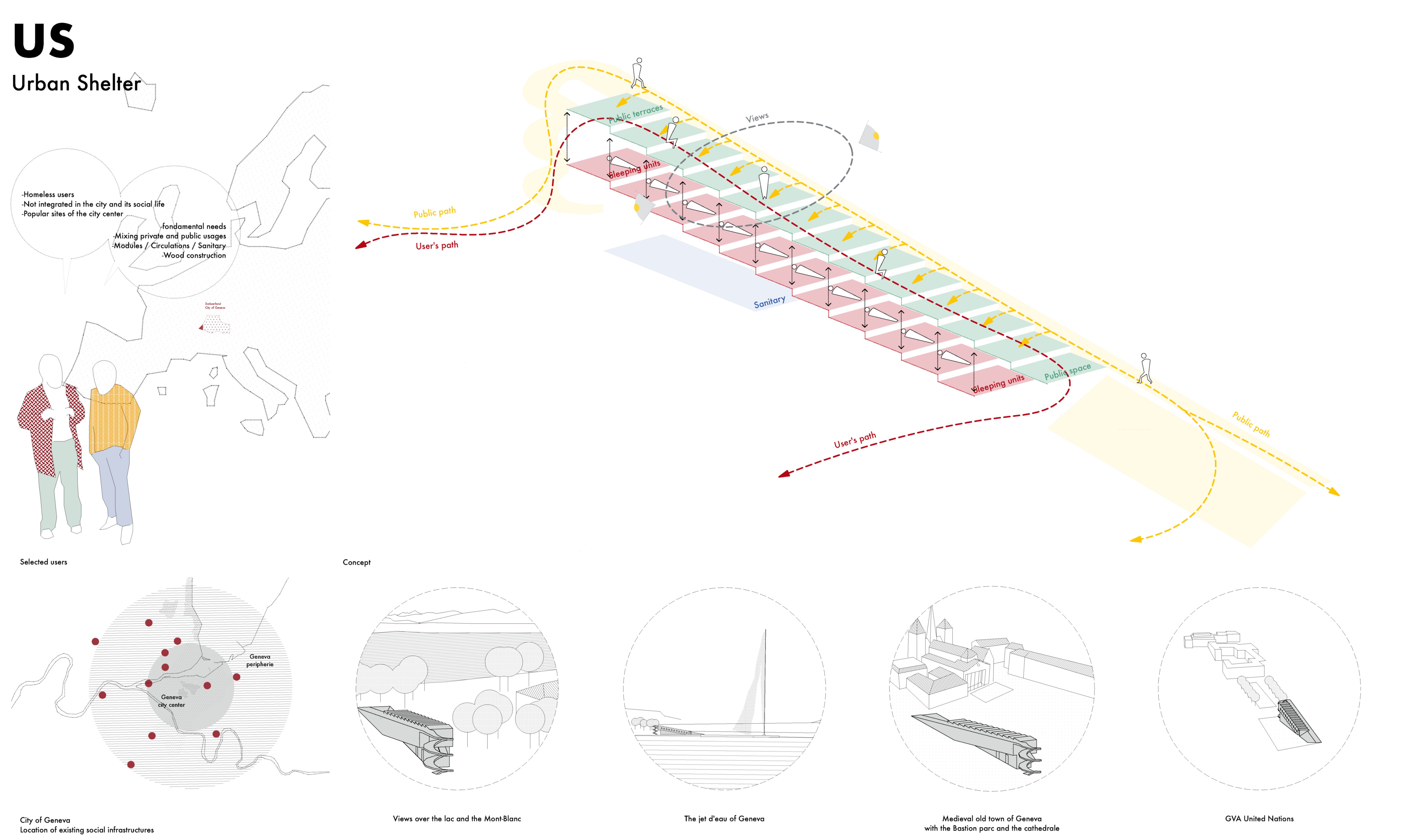 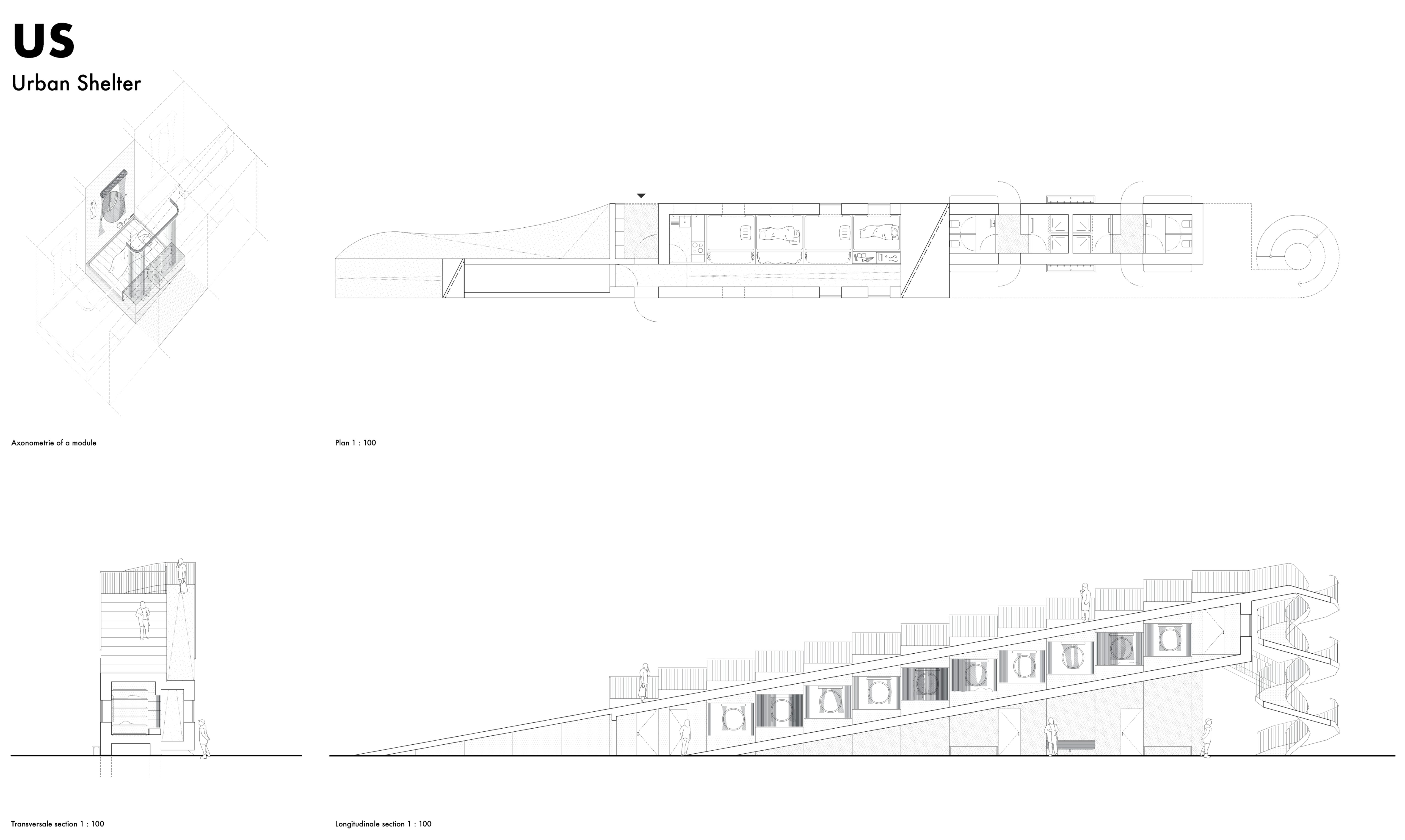 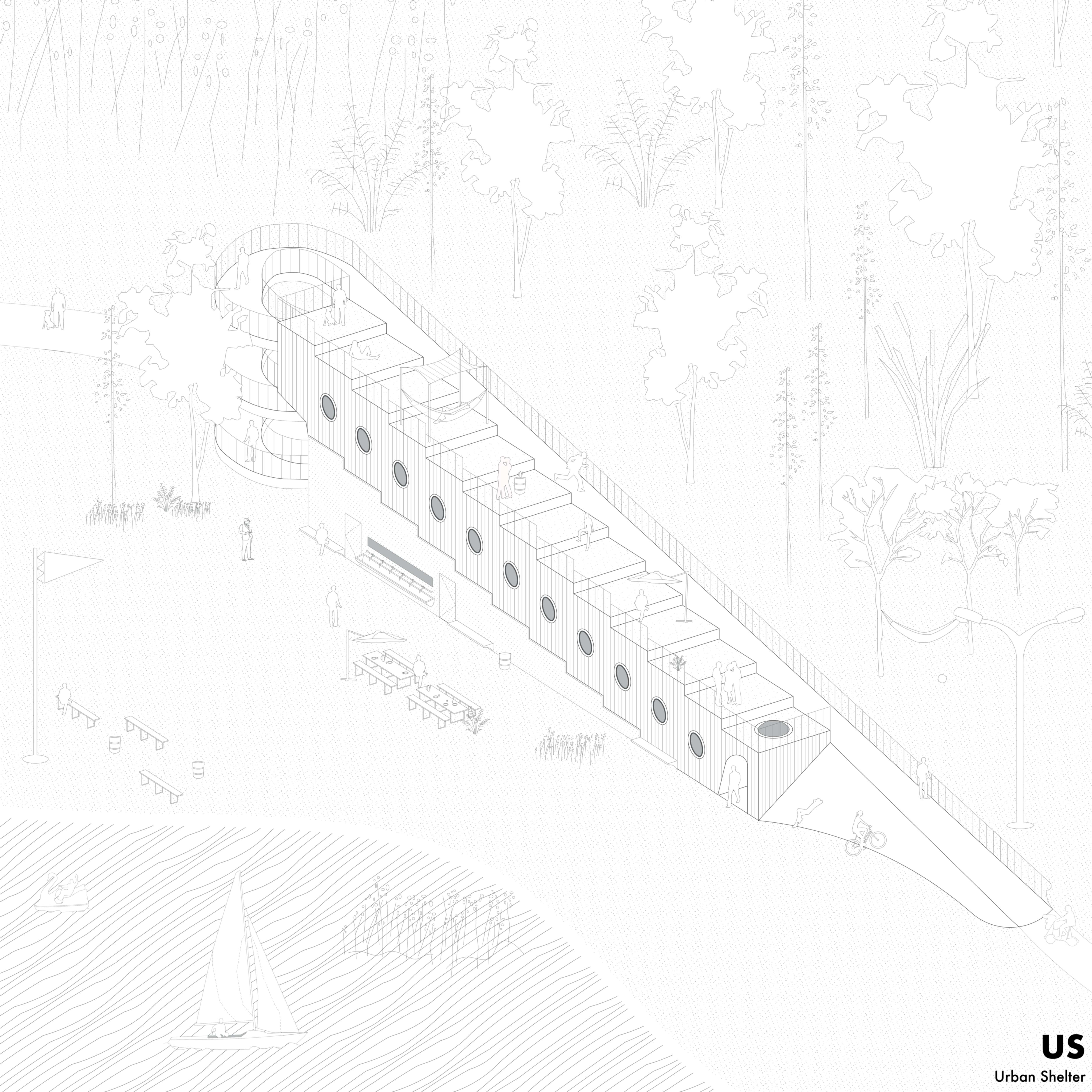 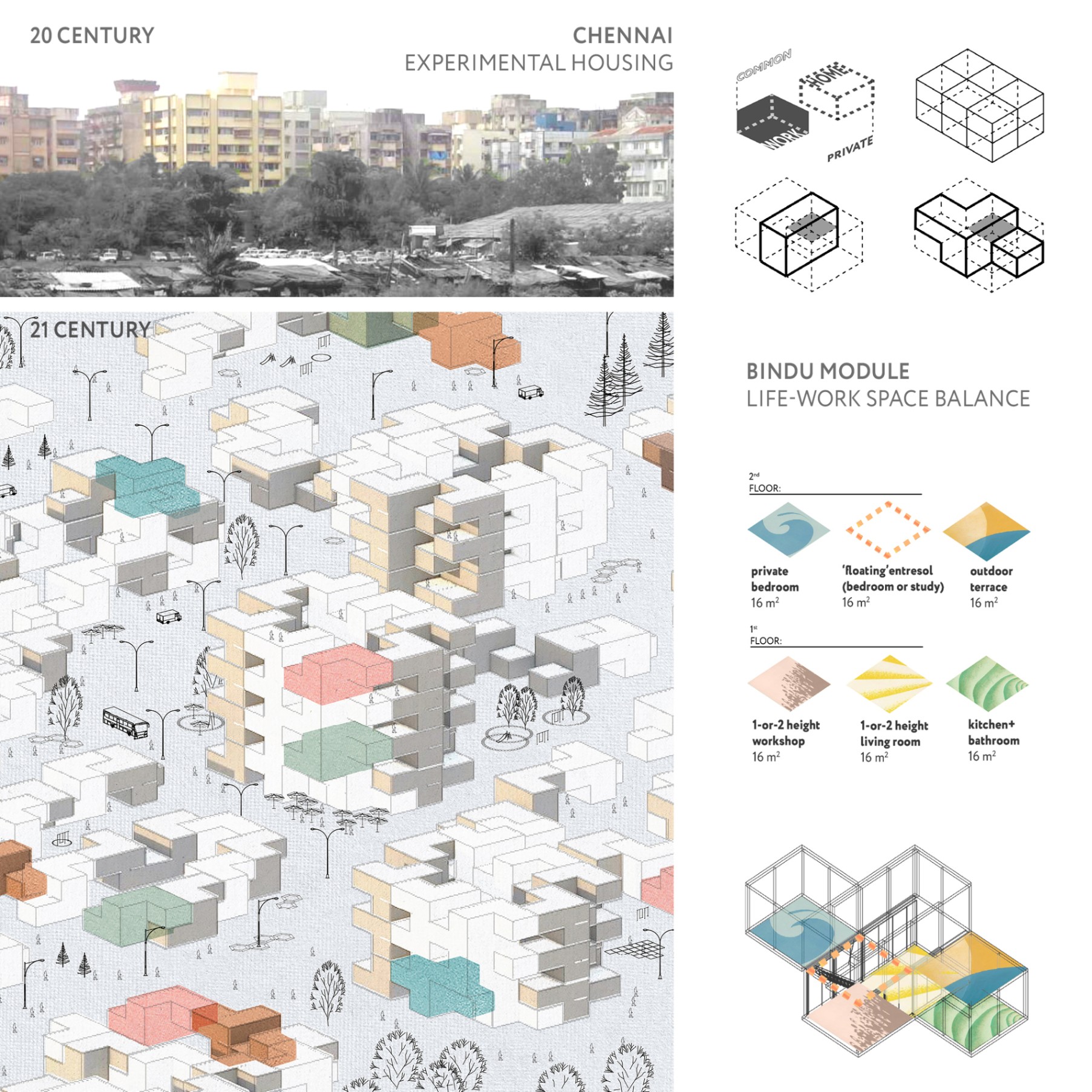 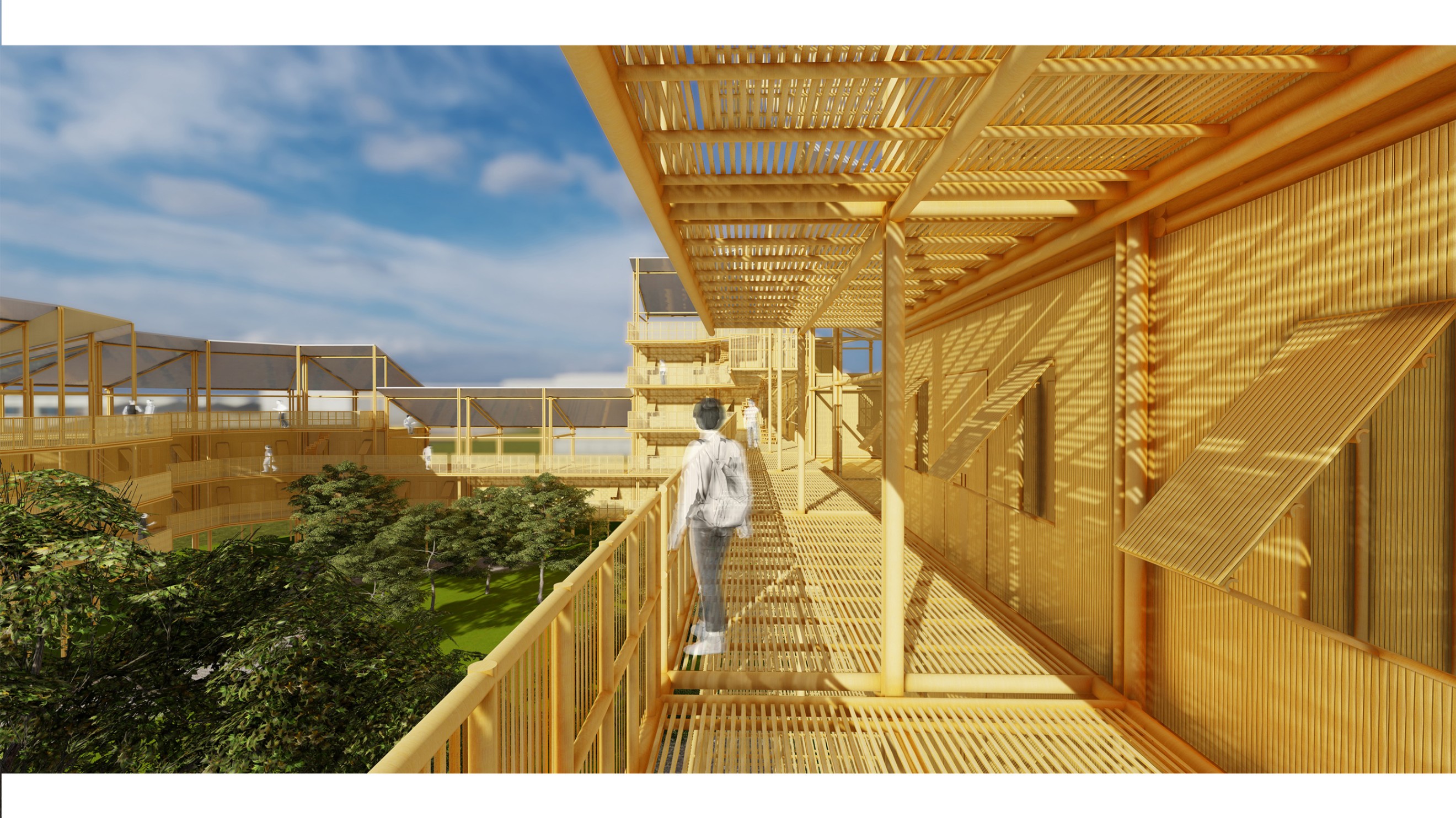 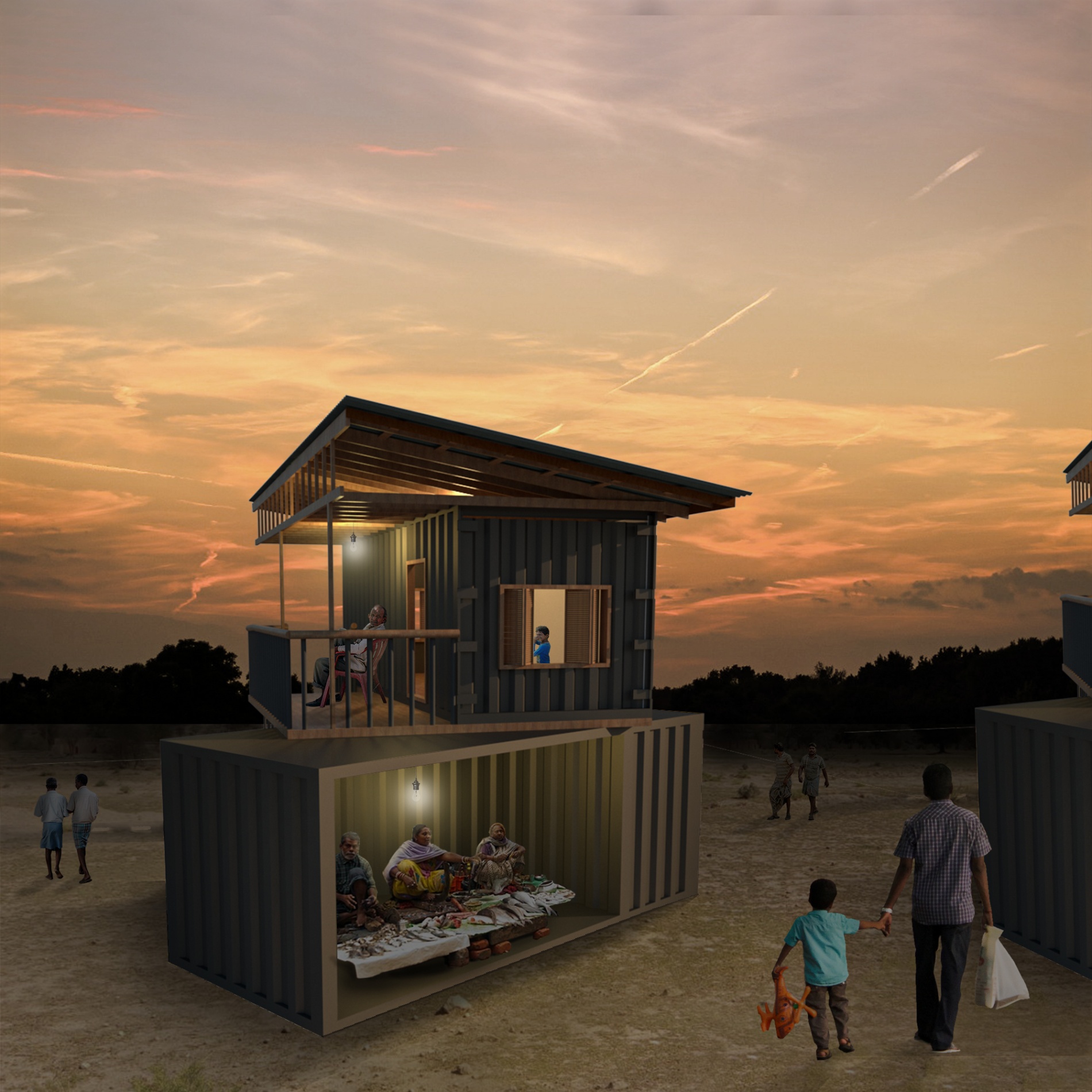 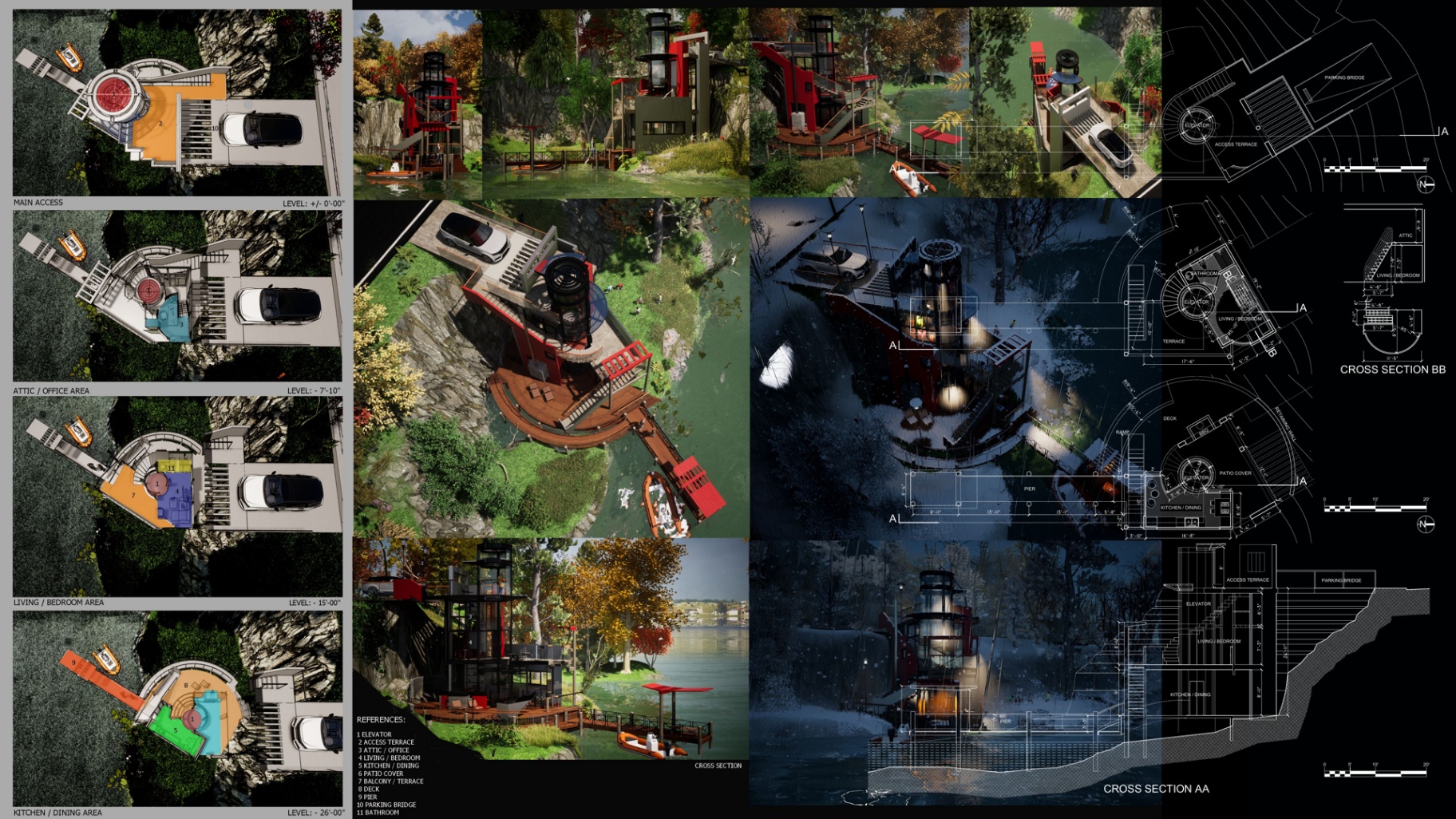 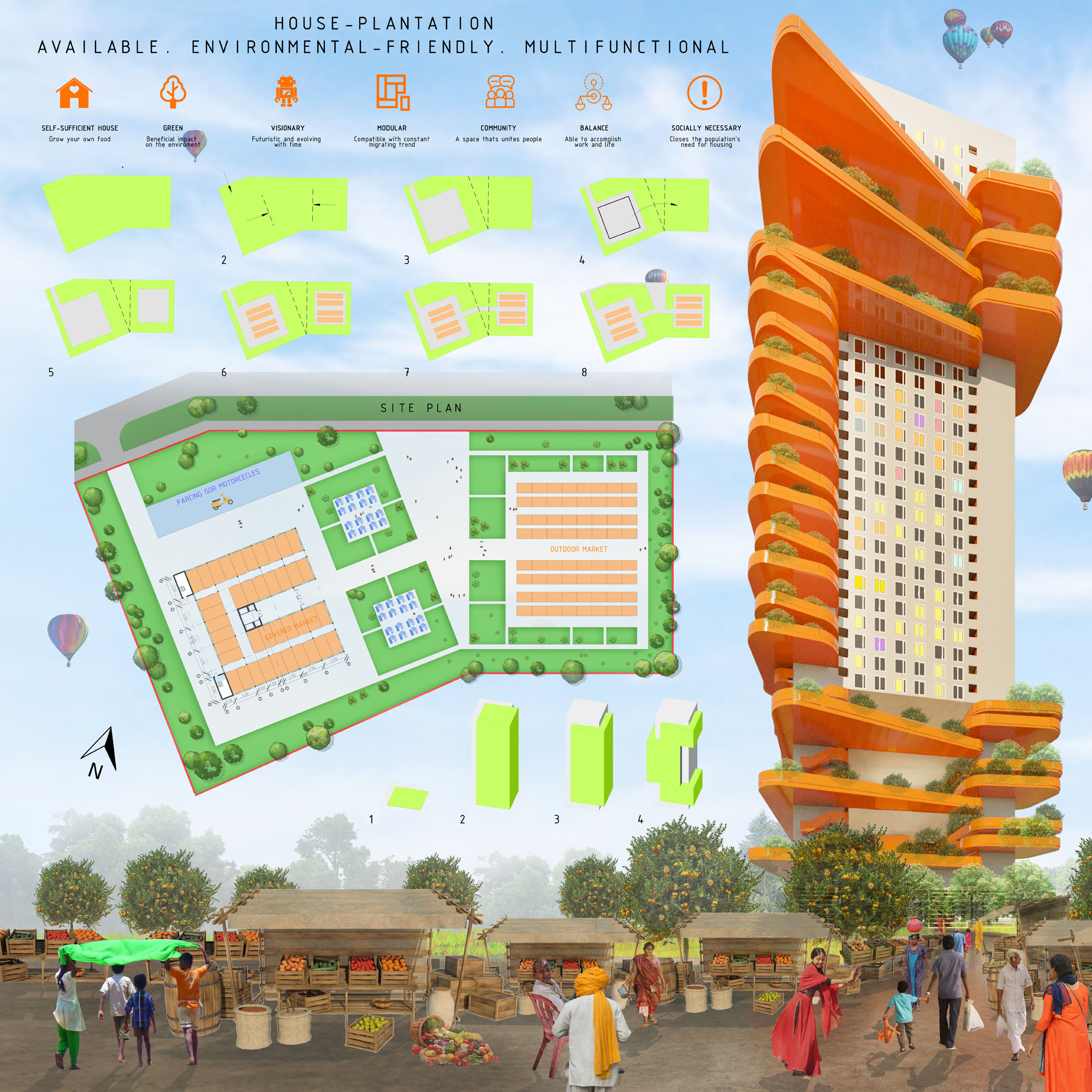 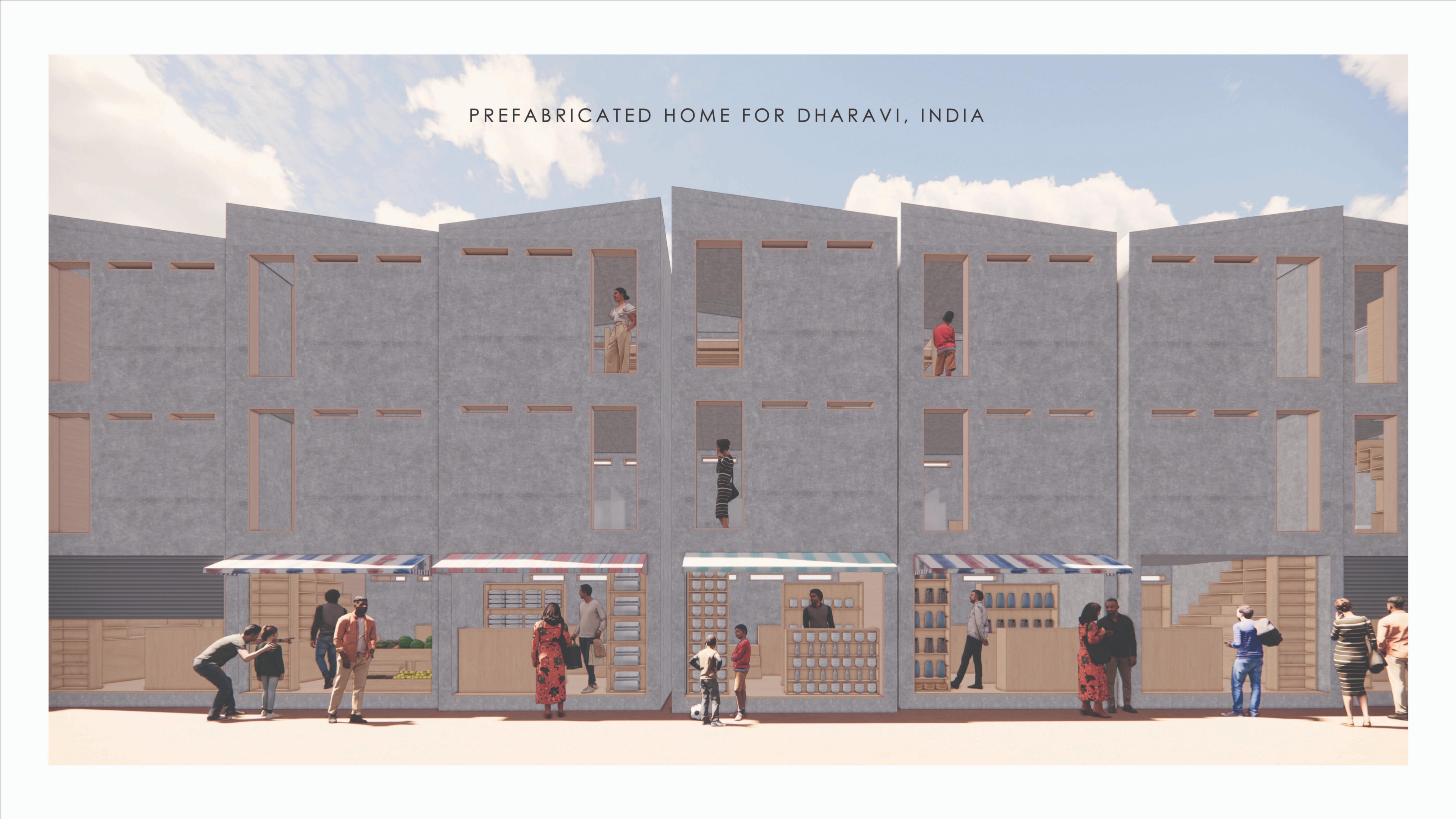