Our site is located in the outskirts of Budapest, Hungary. This part of the city is located a bit further out from the centre, surrounded by hills and forests, so it feels more like a small town, than a capital. The complex we chose consists of two units. One of these used to be a restaurant that burned down a few years ago, only some ruins of its walls remained in critical condition. The second unit is an old storage building, also unused today, but was not affected by the fire. We found the place intriguing, so our goal was to preserve everything that is left of it, and fill it with a new function. Where the restaurant used to be, our plan is to build a structure that supports the ruins, but at the same time facilitates a farmers’ market. The structure forms parcels, with folding roofs, sellers can use these during the days the market runs. The old storage building’s new function would be a greenhouse. The frame of this building is also left untouched, except that it gets a glass pitched-roof. On the inside there is a structure similar to the market’s, except here its role is to support the roof, but it also divides the space into smaller parts. We imagine that this would be a come-and-go-greenhouse, where people can rent a portion of the garden and plant whatever they like, maybe even sell their products later at the market next door.
This part of the area is a focal point, there are bus and tram stations, supermarkets, schools around, so we feel that a market and a communal greenhouse would be beneficial for the people living around here, and is a good way to make use of this beautiful site. 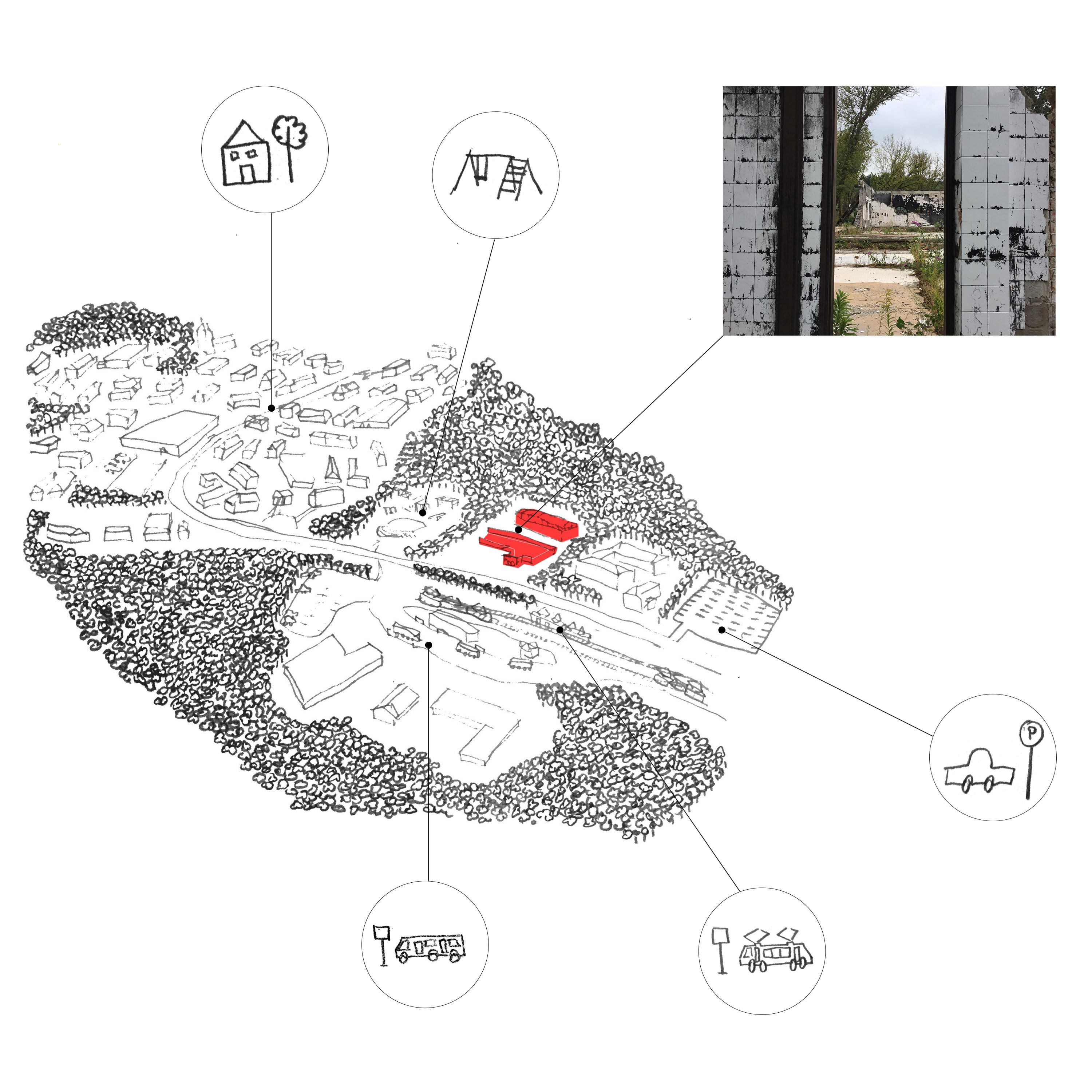 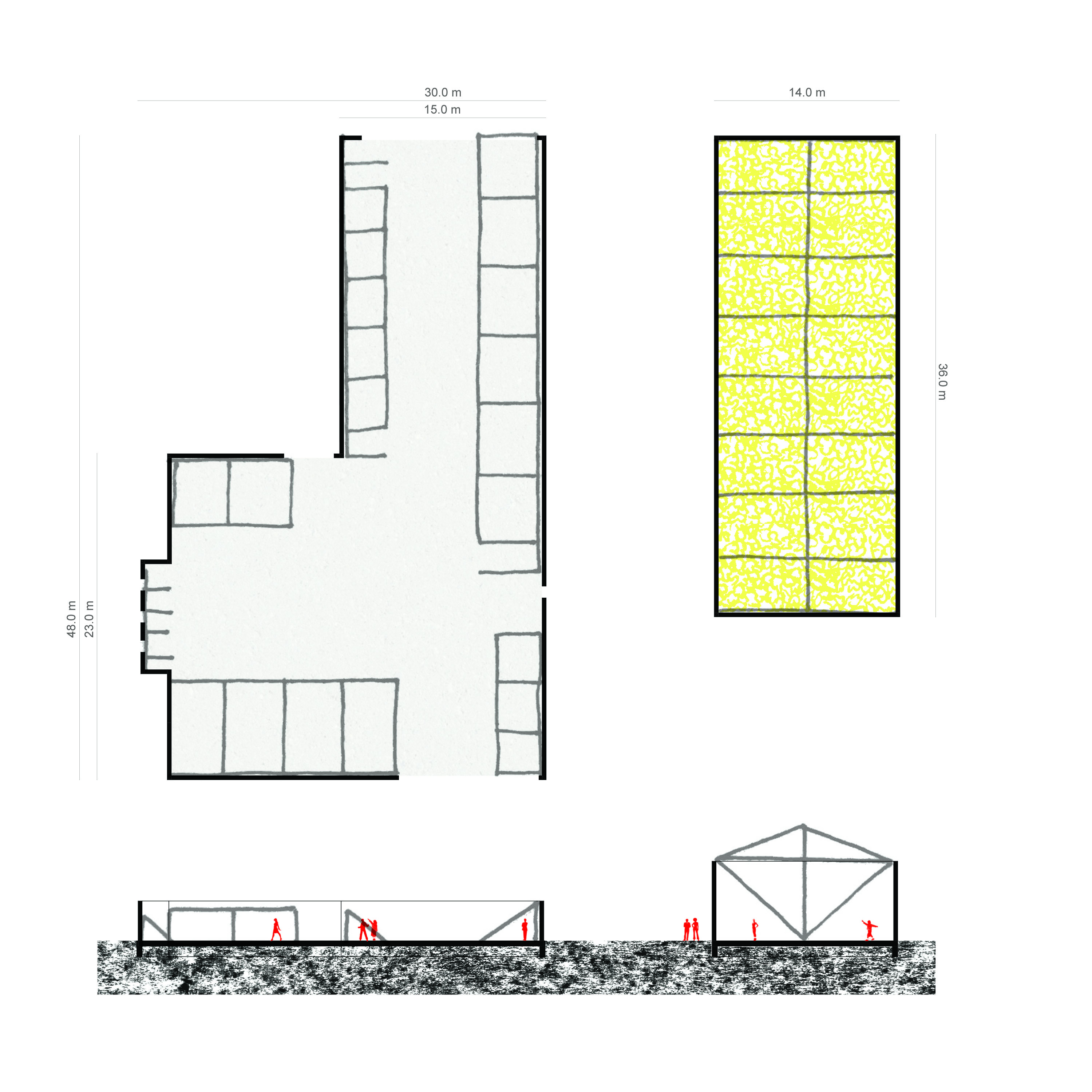 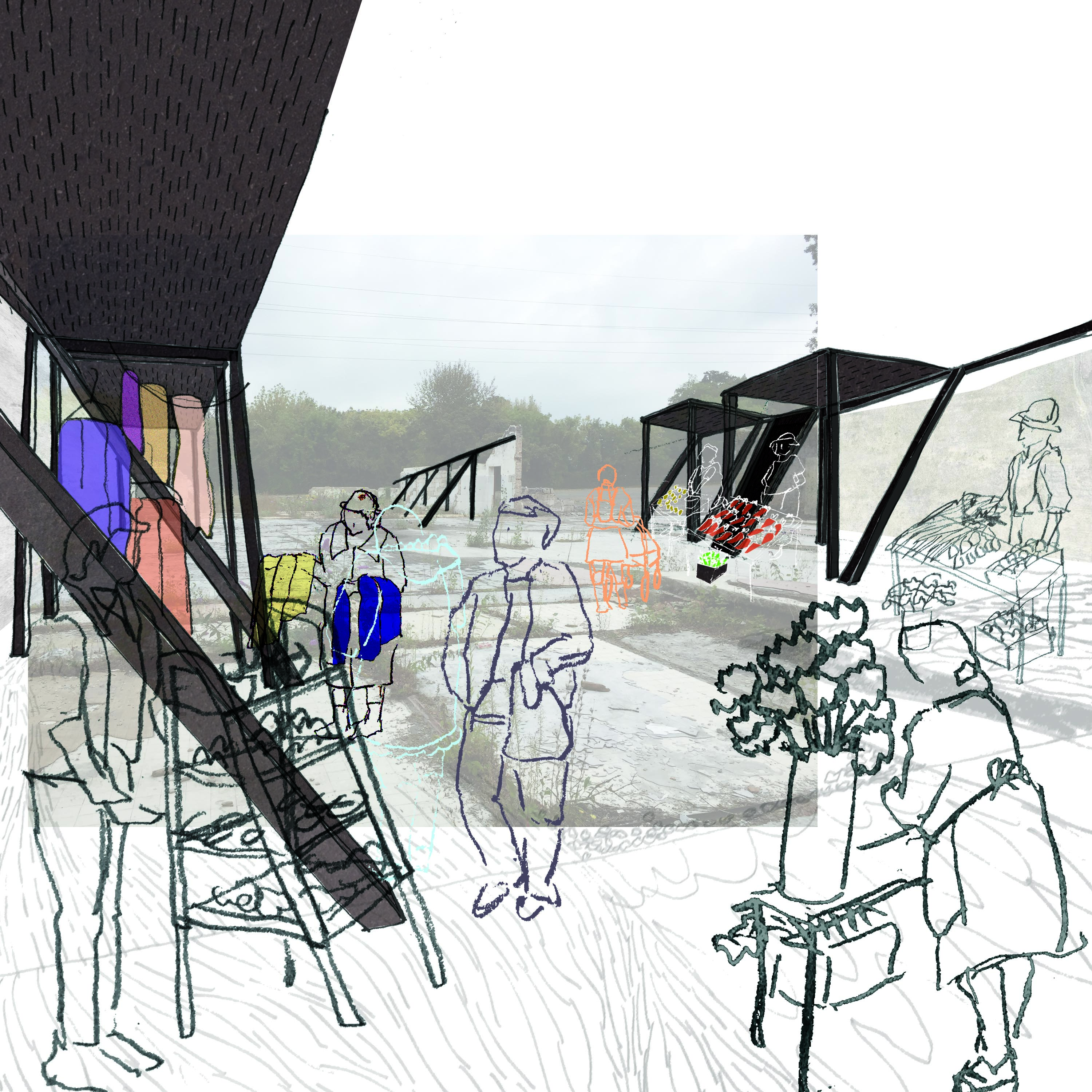 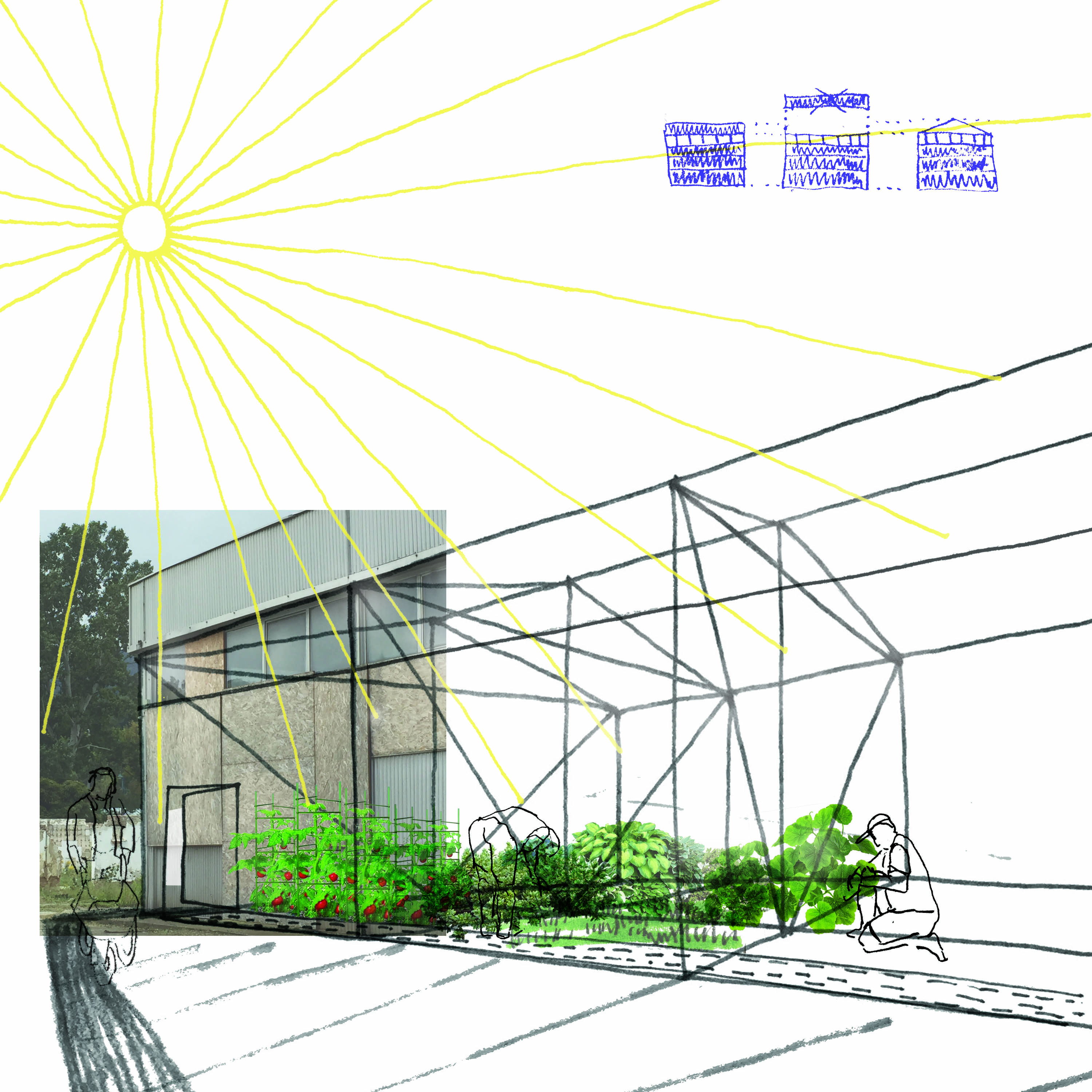 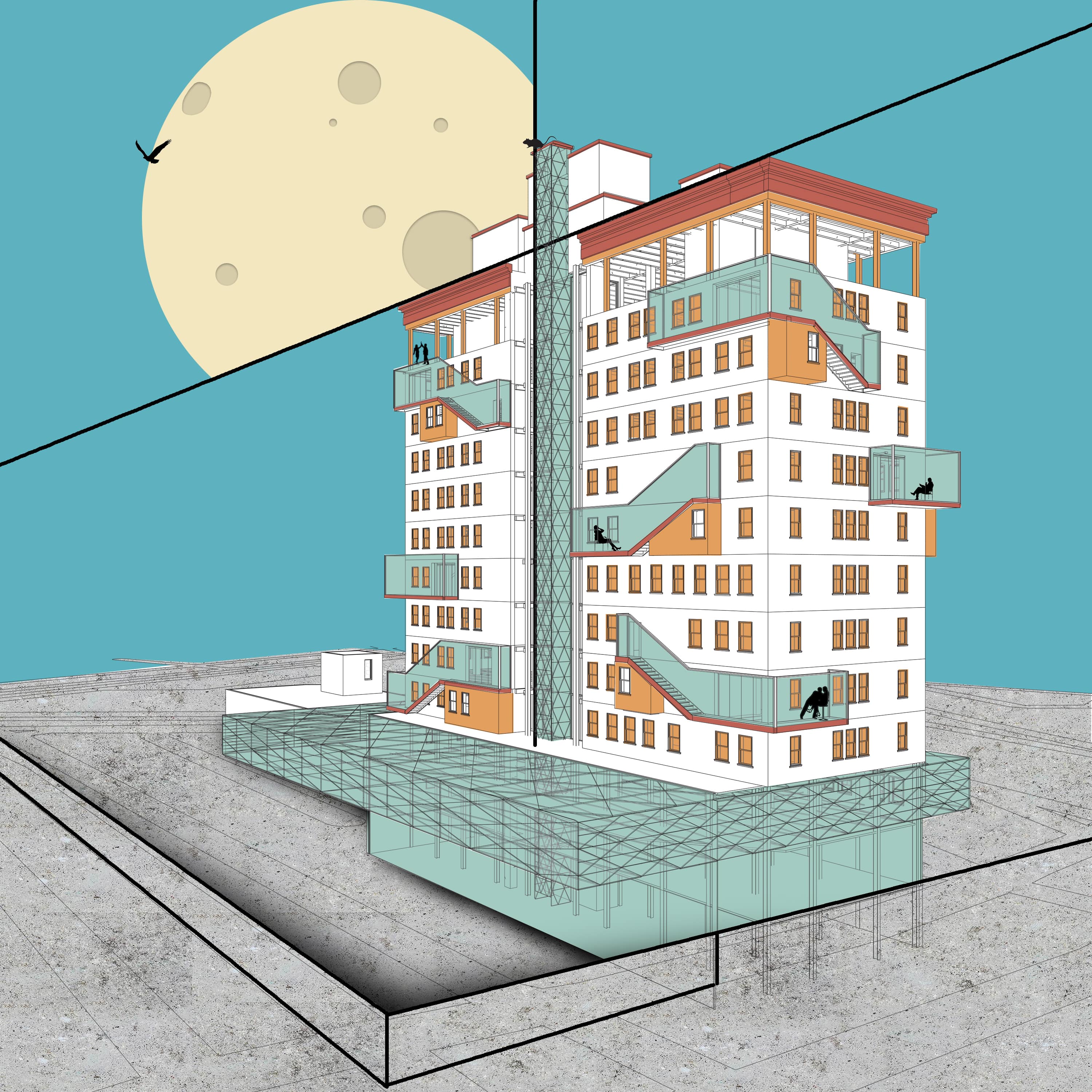 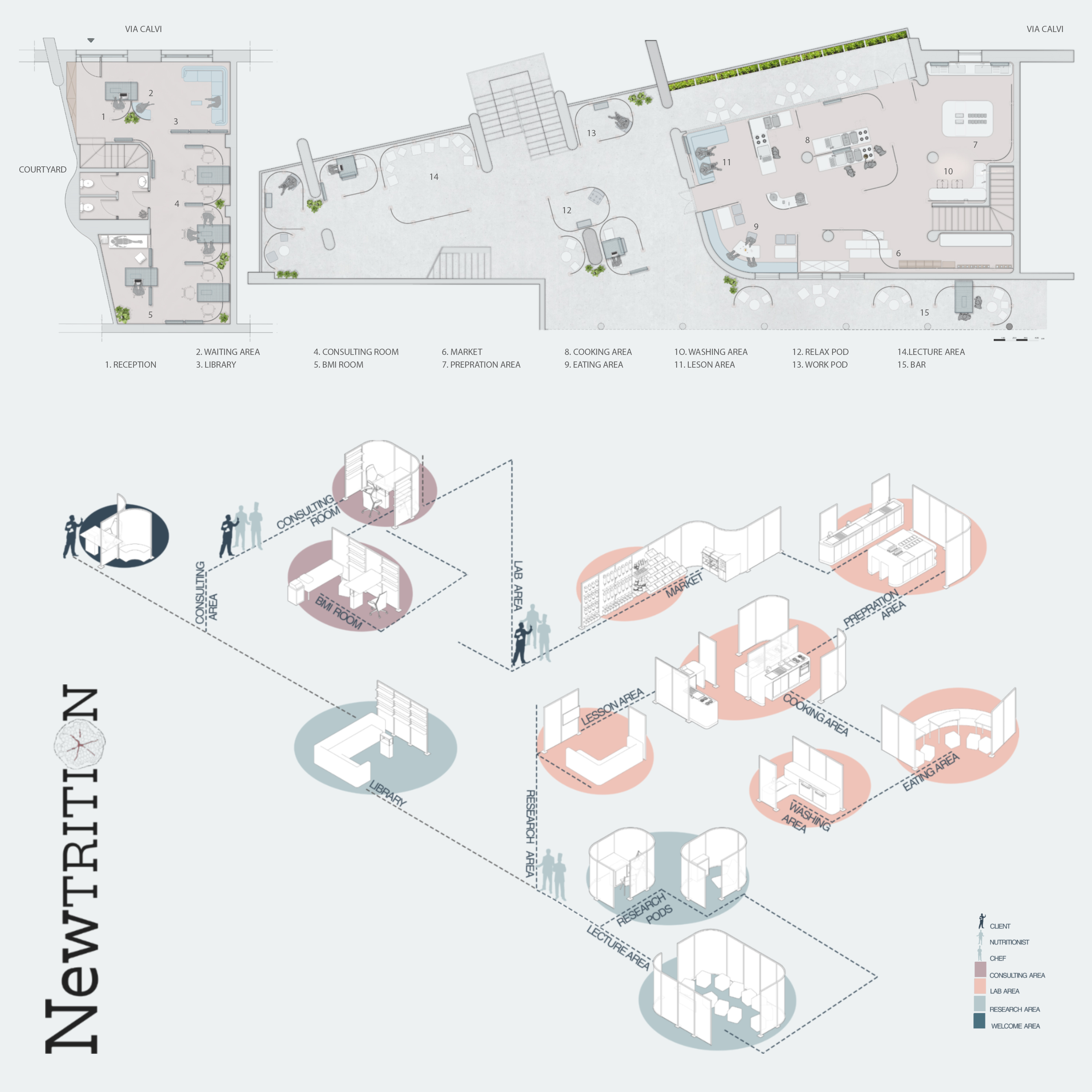 Budapest University of Technology and Economics 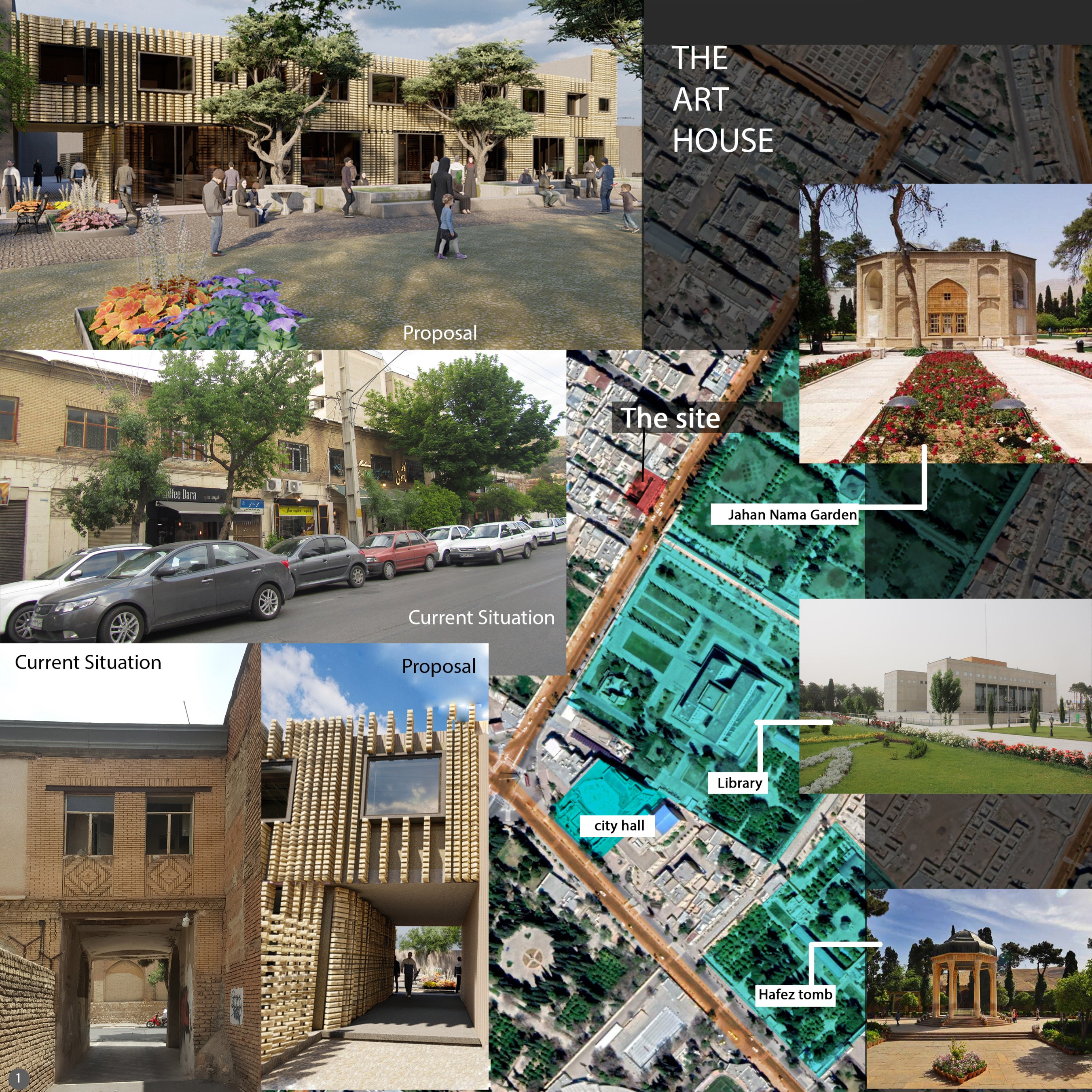