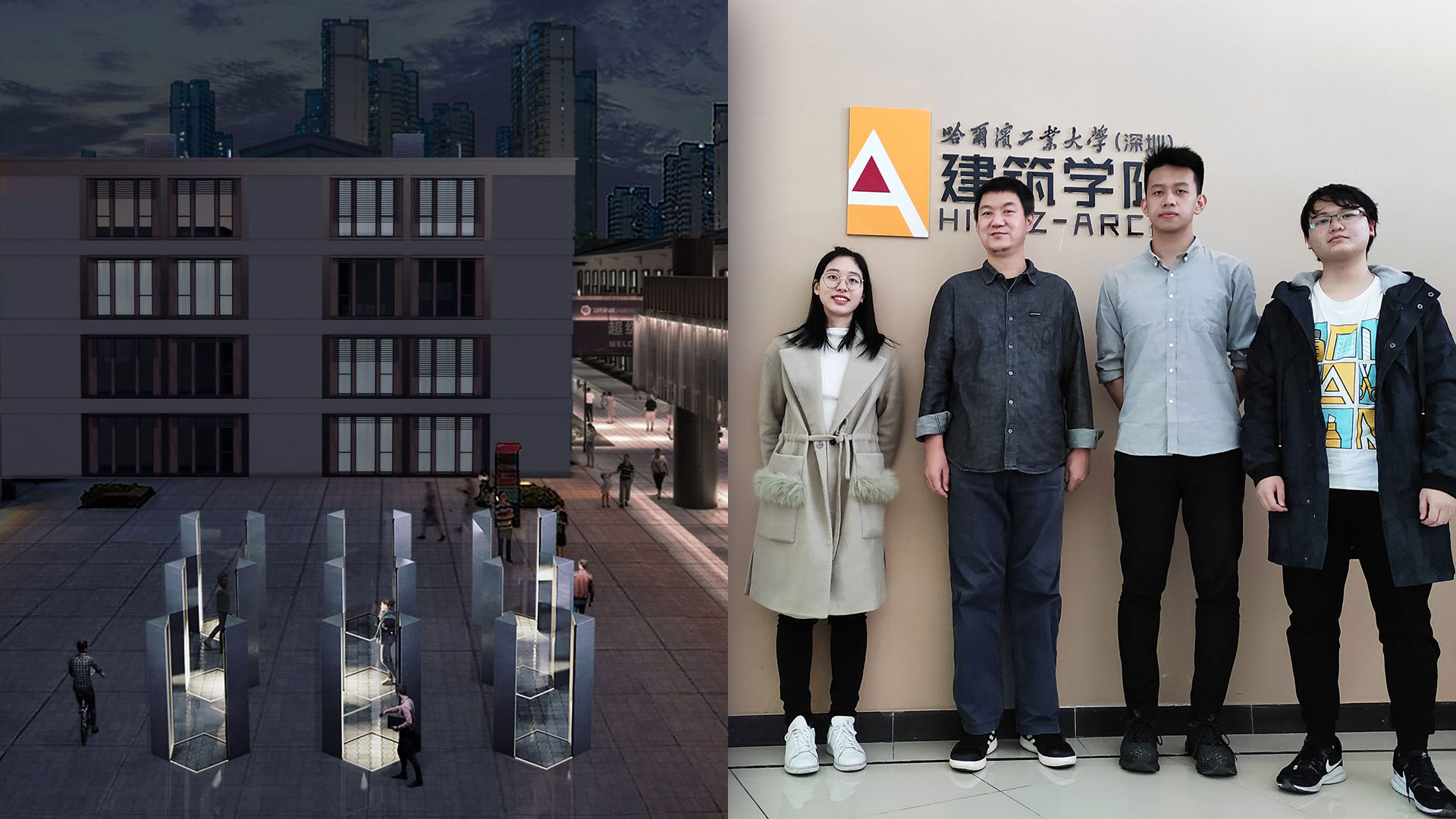 "We want to connect the living and the dead in some way, so that the latter would be memorized and the former would be comforted."

Liu Yihuan, Zhang Xingwang, & Lin Zichun are all undergraduate third-year students in Harbin Institute of Technology, Shenzhen. We come from different cities of China. Our advisor is Professor Yu Gang, an excellent scholar researching architectural design and theory, interactive architecture and practice, and intelligent building. Our university, HITsz for short, is a branch of Harbin Institute of Technology which located in the northern city in China, Harbin. However, we are not in Harbin. We study in Shenzhen Campus as the first undergraduates major in Architecture. Because of the small scale, there are only 15 students in our grade. This is our first time to team up for the competition. It’s a great honor to win the price, on behalf of our school.

What inspired you to enter the design competition?

Actually, we have no idea whether we are qualified Architecture students as everything is new. So after two years of Architecture study, we wanted to participate in some competitions to practice as well as to test our design capabilities. The other reason, as is known to all, is that the Covid-19 attacked Wuhan in the very beginning of 2020, taking away a great number of lives. We Chinese are the first victims of this pandemic. So when we found this competition, we were inspired by the designer who even turned his entry into a real project. Facing one of the toughest events, people from different parts of the world and different fields have been taking different actions to resist the virus, to cure the disease and to comfort those who lost their families.

The competition is a good chance to honor the dead. It’s also a chance to memorialize them from different cultures. That is what we young Architecture students could do.

How does your design speak to your local culture and community?

We put forward several main points: Death, Comfort and Connection. These points were generated and developed, keyed to the competition, Chinese culture and epidemic in Wuhan.

Though Chinese people would take “death” as one of the most tragic things, we Chinese also want to be comforted so that people always suppose to communicate with their passed-away families again, and that’s one of the reasons why Chinese are in awe of Guishen(ghosts and gods). There are many legends talking about “ghosts in dreams”. At the same time, Chinese would also try make active contact with the dead, such as setting up altars and burning paper money, etc. We want to connect the living and the dead in some way, so that the latter would be memorized and the former would be comforted.

Starting from this three main points, we decided to place something in communities to realize the connection. At the beginning, it was a bench for people to mourn. Half of the bench is a normal seat, while the other half is a black box symbolizing the death world. When people sit on it, they would imagine sitting with the dead, and mourning. Afterwards two chances came to us and changed the design. One of the chance is doctor Li Wenliang. He is called the Whistleblower of Covid-19. After he sacrificed in this epidemic, his Weblog remains to work. People from the whole country can leave a message on his Weblog, showing respect to him or mourning for their families and friends. Doctor Li’s Weblog is so much like a digital tomb or a digital memorial, standing in this information society. The other chance is the “phone booth of wind (Kaze no Denwa)” in Iwate, Japan. This phone booth, which is used to talk with the dead to clear up the sorrow, became the prototype of our design.

Apart from the above, the birth of phone itself shortened the distance of the world, especially for modern China. In the fierce modernization of China, the population began to flow on a large scale, moving from small and medium sized cities to metropolis like Beijing, Shenzhen and Wuhan. Whether it’s a phone booth or a smart phone, the pain brought by parting due to migration gets relieved. People who lost their life in the epidemic may be the people leading a wandering life. So the meaning of phones is non-ignorable for Modern China. Starting from Doctor Li Wenliang’s Weblog, it came to us that “The deceased have fallen asleep, but their mobile phones are still retained.” Finally, outcome the idea that while people dial their past family members’ number, phone booths would flash calling pedestrians’ attention to answer the phone.

As to the form of the phone booth, we want to strengthen its commemorative and the sense of sculpture. Also as it has to have certain community attributes and interactivity, activities inside and outside the phone booth can be perceived by each other. So there was the form “column + glass cube” and the state of an array of 9 booths. The phone booth provides space for each individual to express their emotions. At the same time, the form “1 booth for 1 person” also responds to the state of maintaining isolation during the severe epidemic.

Do you plan to try and build the memorial?

If possible, we actually wish to turn the Worry-free phone booths into a real project like the architect before. But as students, we still lack experience in actual engineering projects. So if an engineer is willing to turn our design into reality, we will be very grateful.

Any closing thoughts? Anything else you would like the world to know?

We know that the pandemic is continuing to take people. Now that we won this competition, we want this design to be a little symbol to remind people of this period of time and to keep thinking of better solutions for urban management for the future, if a similar disaster would to break out.

It is a great honor that we were chosen to be the winner. We’d like to show our sincere appreciation for giving us the chance, recognition of judges and coverage by ArchDaily and archrace.

Build your Creative Confidence
Join a Class
"...a jolt of inspiration and knowledge to pursue going tiny."
Learn More 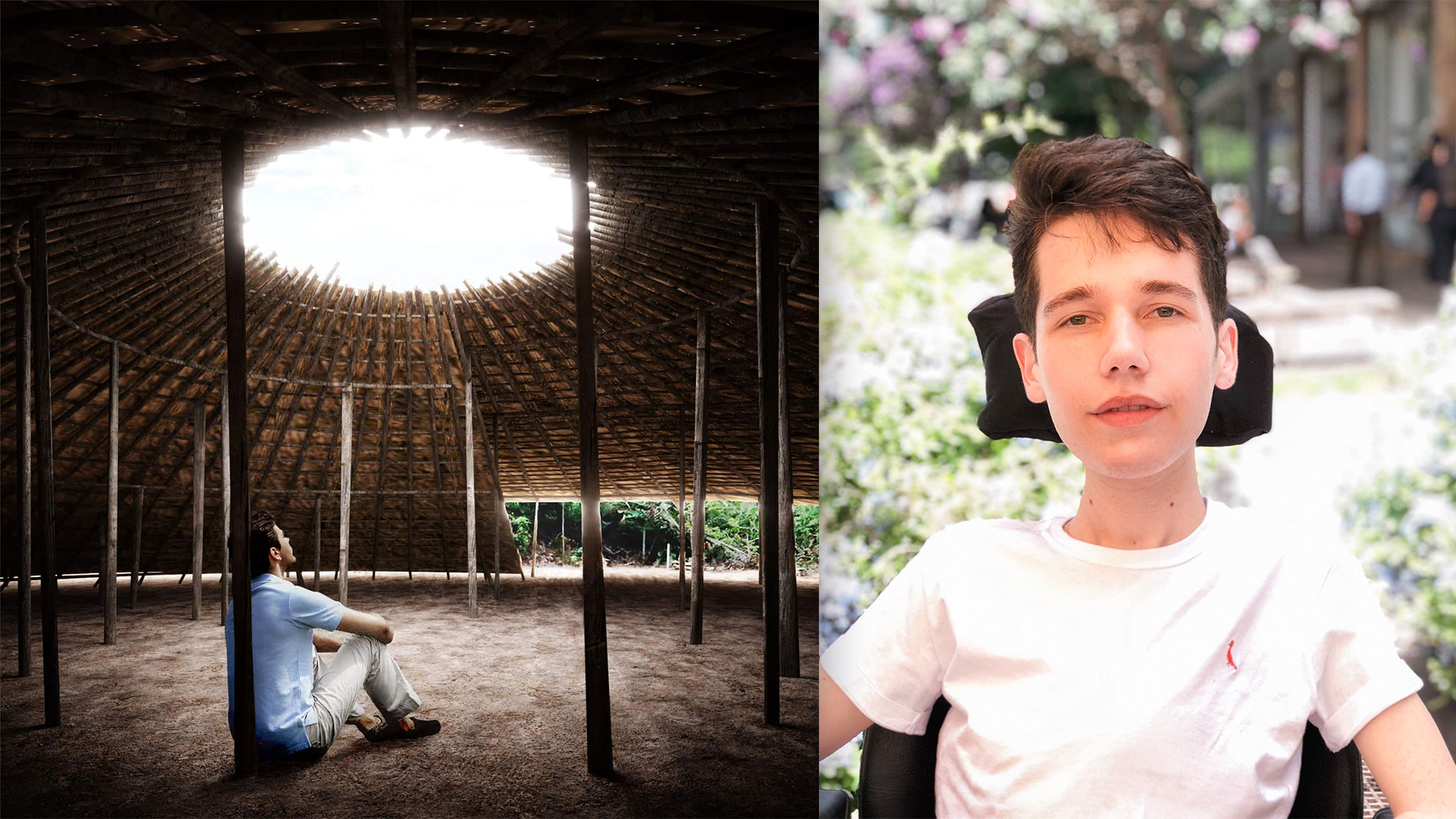